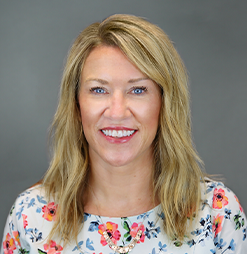 Amy Guilford is the Chief Program Administrator. She began her career at SET SEG in 2007 as an underwriter. In 2009, she was promoted to operations manager, one year later she took on the role of associate director before being promoted to her current position in 2016.

Prior to joining SET SEG, Amy served as an account executive and agency coordinator for an insurance agency specializing in workers’ compensation and property/casualty for the health care community.  Amy has more than 15 years in the insurance industry and is SET SEG’s representative for the Association of Governmental Risk Pools. Amy is a graduate of Northwood University.